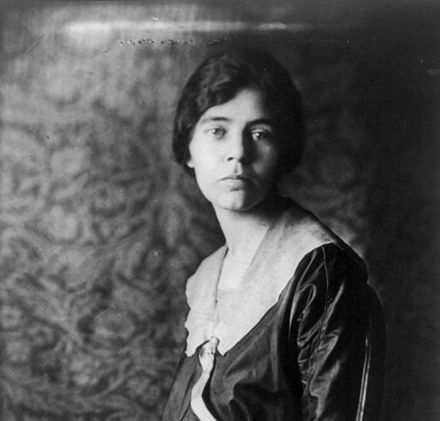 Alice Paul was a pioneering American suffragette who led the struggle in the United States for women’s right to vote. She is remembered as one of the most influential figures of her time and an important leader in the fight for gender equality. In this article, we will discuss why was Alice Paul such a significant woman during the progressive era.

In 1912, Paul helped to found the National American Woman Suffrage Association (NAWSA) and was elected chairman of the Congressional Committee. She quickly emerged as a powerful leader in the suffrage movement, leading demonstrations, protests, and campaigns to gain women’s right to vote.

Who was Alice Paul? Her importance in the suffrage movement was so great that she became known as the “mother” of the women’s rights movement.

Alice Paul was born January 11, 1885, in Moorestown, New Jersey. She was the eldest of four children born to Quaker parents William and Tacie Paul. Alice Paul’s childhood was in a privileged but conservative family that valued education and social justice.

She graduated from Swarthmore College with a degree in biology in 1905. After college, she attended the New York School of Social Work for one year before studying law at Washington College of Law. This was an unusual choice for women at that time as most women did not attend law school or have careers outside the home.

Alice then earned her Ph.D. from the University of Pennsylvania, becoming one of the first American women to receive a doctorate in law. Alice Paul education was impressive for that time. After graduation, she worked as a legal aid lawyer and assisted low-income families in Washington, D.C.

Throughout her career, Alice was committed to the fight for civil rights and reform. She fought for better wages and improved working conditions for African Americans, women, immigrants, and other underprivileged people by advocating for labor laws at the state level.

Alice Paul women’s rights history was influential for both civilians and the government. She made numerous accomplishments throughout her lifetime, including:

All these Alice Paul facts make her an influential person in history. Alice Paul’s legacy continues to shape our cultural landscape. She is often seen as an icon for women’s liberation and is credited as an inspiration for many female activists who have followed in her footsteps. Whether it is her advocacy for gender equality, suffrage rights, or the Equal Rights Amendment, Alice Paul’s legacy continues to be an important reminder of our nation’s core values: that all individuals should have access to equal opportunities and be free from discrimination based on sex or any other factor. Her work serves as an inspiration to citizens across the world and is a testament to what one person can do when they are committed to a cause.

However, there were some tough and challenging times during her life. Alice Paul’s hunger strike began as early as 1912 while imprisoned at Occoquan Workhouse in Virginia due to her involvement in protests related to women’s suffrage.

While in prison, Alice Paul force feeding happened. Force-feeding is a dangerous practice in which people are forced to consume food against their will. Medical professionals and human rights organizations have widely condemned this practice as it can cause long-term physical damage to those subjected. The force-feeding of Alice Paul and other prisoners led to public outrage and increased support for their cause, ultimately leading to success when they won the right to vote in 1920.

Alice Paul will always be remembered as a leader who worked tirelessly to advance human rights, equality, and justice. Her legacy will continue to inspire and challenge us to strive for a more equitable society. We owe her immense gratitude and admiration for the work she did throughout her life.

Alice Paul continued to fight for equal rights until her death in 1977.

She saw the passage of the Equal Rights Amendment in 1972, but the Supreme Court ultimately defeated it in 1982. Though she didn’t live to see its success, she left behind an inspiring legacy that changed the course of history and continues to inspire activists today.

In recognition of her dedication to women’s equality, Alice Paul has been honored posthumously with numerous awards. These include a Presidential Medal of Freedom, a National Women’s Hall of Fame induction, and statues on display at the National Statuary Hall in Washington, D.C., and Rutgers University in New Jersey.

Alice Paul will forever be remembered as one of the most influential and courageous female activists in the history of the United States. Her tireless fight to provide equal rights for all women inspires us all and reminds us that we must continue striving to pursue gender equality.

Alice Paul women’s rights protests will always be remembered as one of the most influential figures in the struggle for women’s rights, serving as an example of courage and determination and inspiring countless generations. Her unwavering dedication to this cause changed society for the better, paving the way for greater freedoms and opportunities for women everywhere. Her legacy will live on forever, reminding us that no matter how difficult or daunting a task may seem, it can—and often does—have a positive impact when fueled by passion and perseverance. We owe it to Alice Paul and all of the brave suffragists who came before us to continue striving for our rights!