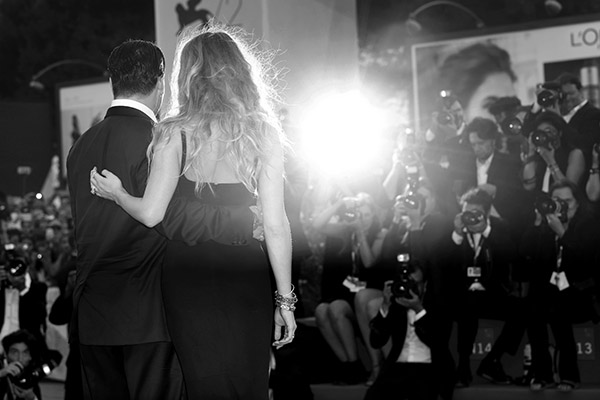 No one is immune to heartbreak, not even celebrities. While it’s easy to assume that those in the public eye have perfect relationships, the truth is that they’re just like us when it comes to love and life. Just like regular folks, celebrities have also had to deal with the pain and betrayal of infidelity. From A-list actors to Grammy-winning singers, no one is safe from being cheated on.

While some celebs have chosen to stay silent about their experiences, others have been open about what it was like to be on the receiving end of infidelity. Here are 23 celebrities who have been cheated on and how they dealt with the gut-wrenching experience.

The actress famously known for her role as Rachel Green on “Friends” has had a string of high-profile relationships, including marriages to Brad Pitt and Justin Theroux. While she’s usually tight-lipped about her personal life, Aniston did open up about her feelings on infidelity in an interview with Harper’s Bazaar UK.

“There is no excuse or justification or way to rationalize adultery,” she said. “There is no one that is more worthy of being cheated on than another. It’s a personal violation of trust.”

Halle Berry has been married three times and each one ended amid cheating rumors. In 2005, she filed for divorce from actor Eric Benet, citing “irreconcilable differences.” Benet later went to rehab for sex addiction.

Berry’s second marriage, to French actor Olivier Martinez, ended in 2016 after two years. The split was reportedly due to Martinez cheating on Berry with another woman.

Sandra Bullock’s marriage to Jesse James was rocked by infidelity rumors in 2010 when multiple women came forward claiming to have had affairs with the motorcycle mogul.

Bullock filed for divorce shortly after the rumors surfaced and have since said she has no desire to date again. “I will never, ever be with anybody again,” she told Vogue in 2015.

Tiger Woods was one of the most famous athletes in the world when news of his infidelity broke in 2009. Tiger Woods was famously caught cheating on his wife, Elin Nordegren, in 2009. He admitted to having affairs with multiple women and ended up losing sponsorships as a result. He and Nordegren divorced later that year.

Kristen Stewart is among those celebrities who cheated on their partners. Stewart was in a long-term relationship with Robert Pattinson when she was photographed kissing her Snow White and the Huntsman director, Rupert Sanders. The photos of Stewart and Sanders surfaced in 2012, and Stewart issued a public apology to Pattinson soon after. The two eventually broke up.

Shania Twain’s marriage to producer Mutt Lange ended after he cheated on her with her best friend. In an interview with Oprah Winfrey, Twain said she forgave Lange and even continued to work with him.

The British actress, who is known for her roles in “Love Actually” and “Sense and Sensibility,” was married to Kenneth Branagh from 1989 to 1995. In an interview with The Sunday Times in 1998, she spoke about his infidelity and how it led to the end of their marriage.

Thompson added that she would never cheat on her husband, Greg Wise, saying, “It would devastate him. It will be the end.”

“I think he felt terrible, and he thought that I would never forgive him and I didn’t for a long time,” she said.

Fortunately, the pair were able to overcome Foley’s infidelity and remain friends. Garner went on to marry Ben Affleck in 2005.

The “Dip It Low” singer was married to The-Dream from 2009 to 2011. In an interview with iOne Digital’s “Yes, Girl!” podcast in 2016, she opened up about how his infidelity led to the end of their relationship.

“I found out that he had cheated on me while I was pregnant with our daughter,” she said. “That really hurt.”

The “Hunger Games” star was married to Miley Cyrus for just over a year before they announced their separation in 2013. In an interview with GQ Australia in 2016, Hemsworth revealed that Cyrus’ infidelity was the reason behind their split.

“I was caught up in the moment of the relationship that I thought, ‘This is awesome.’ But it took a lot of work and a lot of therapy to get through all that,” he said.

“I’m not going to lie, I was pissed off. And I’m still pissed off about it. It was an important time in my life and you don’t want to mess with that.”

The motorcycle mogul was married to Sandra Bullock for five years before they split in 2010 amid allegations that he had been cheating on her with multiple women. In an interview with ” Nightline” in 2014, James said that he regretted his infidelity and wished he could take it back.

“It’s the worst thing I ever did in my life,” he said. “It was the most immature thing I’ve ever done.”

The Black Eyed Peas singer was married to actor Josh Duhamel for eight years before they announced their split in September 2017. While the pair never confirmed any infidelity, rumors circulated that Duhamel had been unfaithful with multiple women during their marriage.

Gwen Stefani’s marriage to Gavin Rossdale ended in 2016 after 13 years, amid rumors that he had been unfaithful. In an interview with Howard Stern, Stefani said she had “major doubts” about their relationship during the last year they were together.

Khloé Kardashian’s ex-boyfriend, Tristan Thompson, was caught cheating on her multiple times. In April 2018, he was photographed kissing other women just days before Kardashian gave birth to their daughter. Then, in February 2019, he was caught with another woman while the two were still together.

Other celebrities caught cheating include Beyoncé and Jay-Z. The two have been married since 2008, but in 2014, it was revealed that Jay-Z had an affair with another woman.

The couple managed to work through the infidelity and are still together. However, it’s clear that cheating can take a toll on even the strongest of relationships.

Kristen Wiig is among other famous people who cheated on their partners. She was married to Hayes Hargrove when she had an affair with her The Skeleton Twins co-star, Bill Hader. The affair led to her divorce from Hargrove in 2009.

Is Ben Affleck a cheater? He has been accused of cheating on his wife, Jennifer Garner, with their nanny, Christine Ouzounian. While the affair has not been confirmed, it did contribute to the couple’s divorce in 2015.

Frank Gifford cheating affair resulted in his wife filing for divorce, but the couple eventually reconciled and remained married until Frank’s death in 2015.

Did Chad Michael Murray cheat on Sophia Bush? The answer appears to be yes. Chad and Sophia were married for only five months when he allegedly cheated on her with Paris Hilton. The couple divorced in 2006.

If you wonder if Demi Moore cheats on her husband, the answer is yes. She was married to Ashton Kutcher when she had an affair with her 26-year-old co-star, Justin Timberlake. The affair was one of the reasons cited for their divorce in 2013.

Is Gordon Ramsay cheating? Gordon Ramsay was accused of cheating on his wife, Tana Ramsay, with Sarah Symonds in 2009. While the affair has not been confirmed, it did contribute to the couple’s divorce in 2016.

Who did Tony Parker cheat with? Tony Parker was caught cheating on his wife, Eva Longoria, with French model Alexandra Paressant. The affair was revealed in 2010, and the couple divorced the following year.

What celebrity has been caught cheating? Meg Ryan was caught cheating on her husband, Dennis Quaid, with Russell Crowe. The affair was revealed in 2003, and the couple divorced the following year.

Celebrity cheating scandals are always tabloid fodder, and they can really damage a celebrity’s image. However, some celebrities have been able to weather the storm and come out the other side.