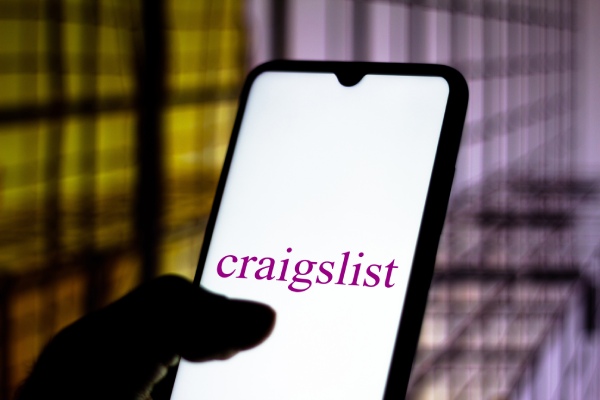 When Craigslist’s founder Craig Newmark began Craigslist in 1995, it was a distribution list sent to his friends. It featured local events in and around San Francisco Bay. In 1996, this became a web service and transformed into classified ads. Four years later, the site expanded to include other large cities in the United States and Canada, and it now covers 70 different countries worldwide.

Newspaper classified ads have always featured people looking for love with categories like ‘men seeking women’ and ‘women seeking men,’ so it’s no surprise that Craigslist also features these.

Is He Cheating On Craigslist?

In this article, we’ll talk about everything you need to know about Craigslist affairs, including how to detect Craigslist cheaters.

Craigslist Cheaters: How It Works?

Craigslist contains many classified ads. People offer services in all sectors – housing, jobs, items wanted, items for sale, community services, gigs, etc., and there are discussion forums too. For people looking to cheat, Craigslist is a honey pot because it is anonymous. Unlike other dating sites like Tinder or Plenty of Fish, you don’t need a photograph to accompany your listing, and it’s very discreet.

On Craigslist, it’s not just dating either. The personals often have Craigslist sext for sale, and there are lots of Craigslist escort ads.

Unfortunately, though, it is the anonymity of Craigslist that makes it a cheater’s paradise. Craigslist allows people to post as much or as little as they want in an ad. Ads appear chronologically and are otherwise unstructured. Searching through Craigslist singles pages, therefore, is unstructured too. How could someone possibly spot their cheating spouse through all of the anonymous ads? Even if you were really suspicious, without a photograph and so many ads to trawl through, it would be like searching for a needle in a haystack. You can only filter by age, pictures, or keywords – it’s not a lot to go on.

But there are ways of catching a Craigslist cheating spouse.

Catch Your Boyfriend Cheating on Craigslist Itself

For some, it would seem totally impossible to find a cheating partner on Craigslist, but it has been done. If you’re determined and have time to read through your local area listings of men looking for women (or even men looking for men), you might happen upon a post your boyfriend has written. If you do think you’ve found them this way, you can catch them out using Craigslist itself before confronting them. After all, with Craigslist’s anonymity, you’d be hard-pressed to prove they wrote the post you suspect.

Start by creating a fake email address on Hotmail or Gmail, for example, and use a fake name (obviously!). Then, respond to the ad to start a conversation. Spend time building up the conversation before asking for key pieces of evidence that you need. If you want proof that it’s your boyfriend, you’re going to need some key details.

Remember, they might use a fake name, so don’t rely upon that. Ask them other things like their neighborhood, their job, where they went to college. Still, bear in mind that many cheaters do lie about everything! Finally, if you want concrete proof, ask for a picture. If someone is really interested in cheating, they will send a real photograph; otherwise, it would be evident on meet-up that they had been lying.

Obviously, there is lots of time and checking involved in this, and you might waste a lot of time and get nowhere, so consider other methods too. What’s more, if your boyfriend is innocent, if they catch you trawling through Craigslist and answering ads, it will be challenging to prove what you were doing!

Are There Other Ways of Catching a Cheating Boyfriend?

Thankfully, you don’t need to spend hours trawling Craigslist and messaging unknown men in the hope of catching a cheating partner. There are lots of other ways on how to catch your boyfriend cheating on Craigslist without ever setting foot on the site yourself. You can install spying software, hire a private detective, or ask someone to do a ‘loyalty check’ on your partner. So, if you’ve caught your husband searching Craigslist personals, or you’re worried they have been, you can find out. Let’s take a look in more detail.

Read Also: HOW TO FIND OUT WHO YOUR BOYFRIEND IS SNAPCHATTING: 5 WAYS TO CATCH HIM RED-HANDED

The easiest way of finding out exactly what your boyfriend is doing is to install spying software on his phone. Obviously, you’ll need to raise no suspicions when you do this, so plan carefully in advance and read up about all the things you need to do so that when it comes to installing the app, it is quick and easy. Then, when you have access to his phone, you’re good to go.

If your boyfriend has an Android phone, you might need to change some security settings too, but once installed, the app runs undetected in the background, and you’ll have access to all the messages, call logs, and apps from your own login. Lots of spy apps even have a keylogging service, so you’ll be able to know what your boyfriend has entered into search engines and websites too.

For an iPhone, all you need is their iCloud details, and you’ll never need to touch their phone.

However, if you’ve got a secretive partner – and let’s face it, many cheaters will be secretive – you’ll need a cunning plan to let them pass their phone to you. In our experience with a cheater, this wasn’t easy… that phone was in his hand or on his person 24/7!

Another perhaps more traditional way of discovering a cheat is to hire a private detective. Be aware, though, private detectives do not come cheap! That said, sometimes you’ll pay anything just to know the truth and get closure.

Private detectives have multiple tools in their armories to detect a cheating spouse. There are lots of techniques that can quickly establish whether your other half is being unfaithful without their knowledge. Private detectives use techniques like covert surveillance, looking at their communications (even ones they believe to be secret), and even looking into finances. Also, when a private investigator presents their evidence, it simply cannot be excused or denied. Hiring a detective is a way to get results and proof from a third party.

Recently, there has been an increase in people asking others to do a ‘loyalty check’ on their partner. TikTok user Hayley Martin (@hayleymartin012) classes herself as an ally and offers these loyalty checks to people who either suspect their boyfriend of cheating or want to know how loyal their boyfriend actually is.

She receives messages from people saying things like “my husband looks at Craigslist personals” and so sets out to work helping them discover how trustworthy they are.

To take Hayley up on her offer, you’ll need to get in touch, hand over your boyfriend’s details (Instagram ID, for example), and she will message him and try to tempt him. It’s an efficient and impressive way of testing the water with your other half. Hayley will use a cheesy pickup line along the lines of: “I’d like to take you to the movies, but they don’t allow snacks inside.”

Read Also: HOW TO CATCH A CHEATING HUSBAND ON WHATSAPP: BEST TWO OPTIONS

Ultimately though, you need a cost-effective, definitive way of knowing whether or not your boyfriend is cheating. The best method has to be a spy app. Yes, you might have to pay a subscription, but this is so much cheaper than hiring a private detective.

You’ll feel a sense of achievement (as well as a relief) that you managed to uncover this information for yourself. If you find nothing, great! You’ll be safe in the knowledge that you’ve got a trustworthy partner – and you can perhaps use that to work on your trust issues. If you do find something, you’ll be pleased that your instincts were right all along. It’s a win-win.

While we’ve seen there are many ways on how to catch your boyfriend cheating on Craigslist, the real winner is using a spy app. Provided you can get the app installed on your boyfriend’s phone, this will open you up to everything that goes on there. So, whether they’re having a full-blown affair or just checking out Craigslist escorting pages, you’ll know one way or the other. If there’s no evidence, you’ll know that subscribing to a spy app was worth it just for the reassurance too!