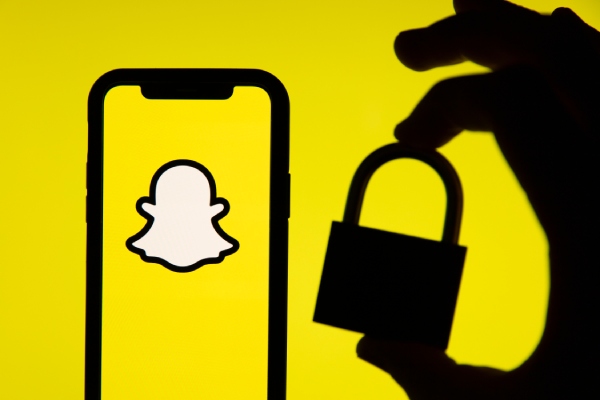 If you’ve always wanted to know how to find out who your boyfriend is Snapchatting, we’re here to help. While a fun and engaging platform, the private stories feature on Snapchat has unfortunately also been used by plenty for cheating.

Snapchat Cheating Evidence: Find Out If Your Boyfriend Is Cheating

It’s an unfortunate fact that Snapchat has several features that are attractive to cheaters. It’s not only easy to use, but messages also expire after 24 hours – making it easy to get rid of any evidence.

In addition, Snapchat is an exceptionally popular social media platform used for flirting. It’s also a social media tool that’s used by individuals to reach out to people that they have never met in real life.

There’s no better way to find out if your boyfriend is cheating than with Snapchat cheating evidence. Here, we’ll provide some signs to look out for whether he is definitely cheating on you.

If you’ve noticed that your boyfriend’s Snapchat score keeps going up, it could be an indication that they’re cheating.

According to the experiences of individuals that we’ve spoken to, you should start getting worried if your boyfriend’s score is up by a hundred or even more. This would mean that he has both sent and opened dozens of Snaps to a lot of individuals.

While a constantly increasing Snapchat score could be a cause for worry, it may not mean that he’s cheating as there could be a possibility that he’s simply sending a lot of Snaps to his friends.

If you’d like to gather more evidence, there are a plethora of other ways for you to find out if your boyfriend is cheating.

He Has Hidden Friends on Snapchat

Hidden friends is another feature on Snapchat that you could use to see if there’s a potential that your boyfriend is cheating on you.

All you’ve got to do is open your boyfriend’s profile, and you should be able to see both his profile information and his friends list. If you’re not able to see it, it means that he’s got it hidden in his privacy settings.

So, what do hidden friends mean on Snapchat? After you’ve opened your boyfriend’s profile, a good way to see hidden friends is to look at the emojis, which help define how close someone is to their Snapchat friend.

Here’s a brief list of some of the hidden friends emojis:

If your boyfriend has been Snapchatting a certain someone continuously, and the other person has been doing the same, the emojis won’t lie.

There have been countless stories of individuals that have caught someone cheating through the Snapchat location. If your boyfriend has a Snapchat location enabled, that’s definitely one of the first places you should be looking.

If your boyfriend has turned off their Snapchat location, it’s likely that they don’t want to be found – which could be a cause for concern.

Did you know that Snapchat has an auto-delete feature? With this feature, users can set a certain time frame for when they want their conversation to be deleted. There are two options:

This particular feature makes it easy for cheating boyfriends to delete the conversations they’ve had with other girls that they may be secretly messaging.

If you’ve always wanted to find out what these deleted messages are and who your boyfriend is secretly messaging on Snapchat, there are ways to get around it.

Read Also: HOW TO CATCH YOUR BOYFRIEND CHEATING ON CRAIGSLIST?

How to Know If Your Boyfriend Is Cheating on Snapchat With eyeZy?

One of the great ways to find out if your boyfriend is cheating is with eyeZy. eyeZy is an incredibly powerful phone monitoring software that allows you to see Snapchat texts, chats, photos, and more. It’s also exceptionally affordable and is powered by bank-grade encryption, so you don’t have to worry about your personal data and details being leaked.

In terms of features, eyeZy has plenty but particularly on the social media side of things. With eyeZy, you can drop in on your boyfriend’s social chats from Snapchat to Instagram and even Facebook Messenger.

With eyeZy, you can also:

eyeZy is software that is not just user-friendly but also affordable and easy to install. It has a Social Spotlight feature that allows viewing text messages and emails. Also, with eyeZy, you can see saved pictures and videos along with browser history and browser bookmarks.

Steps to Catch Someone Cheating on Snapchat

If you’re looking to catch someone cheating on Snapchat, there are many ways to go about doing so. Just know, however, that some ways are certainly more reliable than others. Below are some great ways pertaining to how to see who someone is snapping.

One of the best ways to catch someone cheating on Snapchat is with mSpy. This fantastic application will allow you to see all your boyfriend’s messages on Snapchat before it gets deleted.

“mSpy has been incredibly easy to use, and I like how it’s the best and most convenient application to use. It has an exceptionally easy interface, and I was able to access my boyfriend’s Snapchat with ease. Unfortunately, I did catch him cheating, but I wouldn’t have been able to do so without mSpy.”

While mSpy gives you access to your boyfriend’s Snapchat, you will also get access to a plethora of other features, including:

Here’s how to go about catching a cheating boyfriend on mSpy:

To start, you’ll want to go ahead and create your own account on mSpy. You will also need to choose a subscription package that best suits your needs.

Step 2. Set Up mSpy on Your Boyfriend’s Device

Once you’ve selected your subscription, you’ll receive a confirmation email with your account details, links, and an instruction manual. You’ll want to go ahead and install mSpy using the instruction manual that will be attached to your email.

Once mSpy has been properly installed into your boyfriend’s device, you’ll want to log in to mSpy and access the Control Panel.

Go ahead and access the Dashboard before ensuring that you have ticked the Social Networks tab.

Once you’ve ticked everything, go ahead and click Snapchat. You will then have access to all of your boyfriend’s Snapchat information.

From who he has been messaging to who has been sending him images and more. This is also a great way to tell if someone has two Snapchat accounts, as you should be able to have access to all of your boyfriend’s information.

Some of the Snapchat information that you’d be able to reveal include:

Other Tips to See If Your Boyfriend Is Cheating on Snapchat

Snapchat has some nifty tools that you can use to see if your boyfriend’s cheating or if he isn’t. Just know that the ways below aren’t entirely foolproof. They are, however, definitely an excellent way for you to start gathering evidence.

Here are the tips:

Track Your Boyfriend With Snap Map

Snap Map is a great way to see if your boyfriend is cheating on Snapchat. It’s essentially a location-based feature on Snapchat that allows you to see the location of Snapchat users on a map. What’s great about Snap Map is how it shows users in real-time.

Snap Map also shows the last active status of the user, thus allowing you to determine the whereabouts of your partner and determine anything suspicious.

This is how you would go about using Snap Map:

What’s great about Snap Map is that you can see exactly where he is. If he’s at someone else’s house, for example, it’s obvious on the map, and you’ll be able to know right away.

To check your boyfriend’s battery usage, you would:

If your boyfriend’s battery usage on Snapchat is on the high side, it means that that app is being used actively, and it could mean that something suspicious is going on.

Just note, however, that this way isn’t completely foolproof. He could be using Snapchat to message his friends or view other people’s stories. Just because his battery usage is high doesn’t mean he’s cheating; you’d need other evidence to back that up.

Read Also: HOW TO CATCH A CHEATING HUSBAND ON WHATSAPP: BEST TWO OPTIONS

Want to recover all your boyfriend’s secrets? As mentioned earlier, Snapchat has a feature that cheaters absolutely love – deleted messages.

It’s exceptionally easy for cheaters to cover their tracks with this feature as there’s no evidence left behind.

Thankfully, it’s easy for you to recover your boyfriend’s deleted messages from Snapchat. There are two ways for you to go about doing so, depending on whether you’ve got an iPhone or an Android.

For both, you would need to download and install specific software. Either iPhone Data Recovery or Android Data Recovery – depending on the device you have.

For iPhone users, go ahead and follow the steps detailed below:

If you have an Android, you will follow these steps instead:

As seen from above, there are plenty of ways to find out who your boyfriend is Snapchatting. It’s important to note, however, that some tools are handier than others. If you want to gather all the evidence you need to catch your boyfriend red-handed, tools like mSpy and eyeZy are more effective.

Not only will you be able to read your boyfriend’s Snapchat messages, but you’ll also be able to see his regular text messages, other social media platforms, and more.

If you’ve found adequate evidence to indicate that your boyfriend is cheating, however, it can be difficult. Make sure you take the time to think things through to ensure you’re not acting rashly. Gather your thoughts before talking things out with your partner.