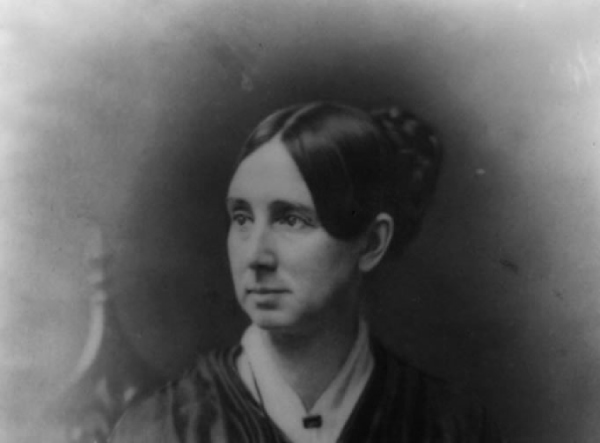 Dorothea Dix was born on April 4, 1802, in Hampden, Maine. She would become a groundbreaking advocate for mental health care during the 19th century.

Dix fought tirelessly for better conditions and treatment for mental illness patients, often traveling to speak with legislators and government officials about the issue. Despite significant opposition, she made great strides in improving mental health care throughout the United States and other countries around the world.

Dorothea Lynde Dix was born on April 04, 1802, in Hampden, Maine. Her father was an itinerant Methodist preacher, and her mother was a homemaker. As the eldest child, Dix was expected to help with childcare and housework. This left her little time for play or schooling, which she later reflected upon as “the great deprivation of [her] childhood.”

Unfortunately, her father suffered from alcoholism, and her mother was prone to depression, which resulted in a home life full of turmoil. Nevertheless, her experiences caring for her mentally ill mother instilled in her a passion for helping others suffering from similar issues and Dorothea Dix contribution to psychology.

When her mother had episodes of what was then called “nervous excitement,” Dix would do everything she could to soothe and comfort her. Luckily, her father taught her daughter to read and write, which would later prove invaluable skills.

When Dorothea was 12 years old, she moved to her grandmother’s home in Boston to get away from the chaos of her childhood home. It was there that she developed a love of learning. Even in their teenage years, she was known for her compassion and advocacy. She worked as a teacher and found several schools for children in Boston and Worcester.

What Did Dorothea Dix Do: Illness and Steps to Further Activity

Unfortunately, Dorothea Dix had to end her teaching career when she fell ill. However, this did not stop her from advocating for others. She used her time recuperating several books, including “Conversations on Common Things” which was widely read. Simple language and Dorothea’s passion for her subject matter made the book a success.

By 1837 she took a trip to Europe to observe how the mentally ill were cared for. She stayed at the home of the famous English social reformer William Rathbone. Their connection led her to meet well-known activists like Elizabeth Fry and Samuel Tuke. They worked on prison and asylum reform. These meetings left a deep impression on Dorothea, who returned to America with a new resolve.

Dorothea Dix was known for her wealth and privilege. But after her grandmother’s death, she returned to Boston with a newfound resolve to make a difference in the world. So she started teaching inmates at a local jail, and what she saw there shook her. The deplorable conditions in which these people lived – cramped cells, filthy bedding, and little to no food – were outrageous. And Dorothea knew she had to do something about it.

Dix visited many jails and documented the inhumane conditions she witnessed. She then took her findings to the Massachusetts state legislature, advocating for better funding and staffing for mental health care facilities. What did Dorothea Dix do? Because of Dix’s efforts, money was provided for the improvement of the state mental hospital in Worcester. She reached similar goals in other American cities, Europe, and other countries.

Few people know that Dorothea Dix was not only an advocate for better mental health care but also for the Union during the Civil War. When the war broke out, President Abraham Lincoln appointed Dix as superintendent of women nurses. She oversaw over three thousand women who tended to wounded soldiers in more than sixty military hospitals.

Dix was an iron-willed woman who demanded that her nurses be treated with respect by the military doctors and soldiers alike. She was constantly at odds with the male-dominated military establishment, but she persevered. As a result, her nursing corps became a model for future generations of women in the military.

Dorothea Dix was a woman who fought for what she believed in, even if it meant going against those who outranked her. Dix often argued with her army superiors, and the nurses were always afraid of her wrath. Finally, however, in 1863, she was removed from her position as superintendent. After the war, Dix returned to her advocacy work for the mentally ill. Even though she was no longer in the army, Dorothea ensured her voice was still heard.

Dorothea Dix civil war experience was dramatic. One could only imagine the atrocities that Dix witnessed during the war. Death was everywhere. The screams of the injured filled her ears. The smell of blood and death was all around her. And yet, she found the strength to go on. Dix devoted her life to fighting for better mental health care when the war was over.

She knew that the thousands of soldiers who had been through the same hell that she had experienced deserved better than to be left to suffer in silence. Thanks to Dorothea Dix hospital reforms, many veterans finally got the help they needed to rebuild their lives.

Also, Dorothea continued to travel across Europe, giving lectures about mental illness and working to change how society viewed these individuals. She helped to establish numerous hospitals for the mentally ill and worked tirelessly to improve the conditions in these institutions. Dorothea Lynde Dix was a brave and passionate advocate for mental health care. Thanks to her efforts, countless lives were saved and improved.

She passed away in 1887, but her legacy continues to this day. Her work has inspired other advocates to speak out and fight for the rights of those who have a mental illness. We have come a long way since Dorothea Dix started her crusade, but much work still needs to be done.

When Dorothea Dix was born in 1802, little, did anyone know that she would grow up to become one of the most influential people in healthcare? As a child, Dix witnessed first-hand the effects of mental illness on her family. Her father dealt with alcoholism and depression, while her mother had severe bipolar disorder. These experiences would shape Dix’s views on mental healthcare for the rest of her life.

In 1841, Dix started teaching at a girls’ school in Boston. It was there that she first became aware of the mistreatment of mentally ill patients. She was appalled by the conditions in which they were being kept, and she began campaigning for prison and asylum reform. Later, she published a report on the needs of mental hospitals in Massachusetts, which helped to bring about change.

Dix’s work continued throughout her life. She lobbied tirelessly for improved conditions for people with mental health conditions and helped establish hospitals and treatment facilities across the United States. Her legacy continues to this day – she is considered one of the most important figures in the history of mental healthcare.

Dorothea Dix was an incredible woman who made a huge impact on the world. She fought tirelessly for the rights of those suffering from mental illness and helped improve mental institutions’ conditions.

What did Dorothea Dix do? As Dorothea Lynde Dix’s health began to fail in the 1880s, she continued to fight for the rights of the mentally ill. In her last years, she lobbied for the construction of a new mental hospital in Massachusetts. She worked on plans for a national system of care. Her legacy continues to inspire those who work for social justice and improved mental health care.

We remember her today as a brave and passionate advocate for the rights of all people. Thank you, Dorothea, for your tireless efforts on behalf of those who need our help the most. Thank you for reading and celebrating the life of this fantastic woman!