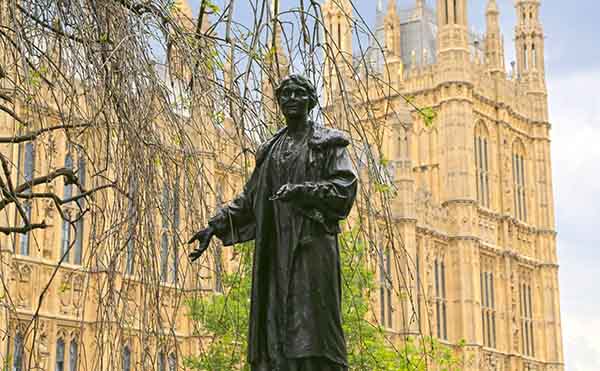 Emmeline Pankhurst is a well-known name in the history of women’s rights. She was born in Manchester, England, in 1858, into a family with a strong commitment to social justice. She was married at 21 and had five children, but she quickly became involved in the women’s suffrage movement. Suffragette England fought for the right of women to vote, and Pankhurst became one of their most passionate and effective leaders.

Who Was Emmeline Pankhurst?

Emmeline Pankhurst was a British political activist and leader of the Suffragette movement, which fought for women’s right to vote. She was born in Manchester, England, in 1858, into a family with a long history of activism on behalf of social reform. As a young woman, Pankhurst became involved in the fight for women’s suffrage (the right to vote). In 1903, she co-founded the Women’s Social and Political Union (WSPU), an organization dedicated to winning women the right to vote through civil disobedience and other means.

Pankhurst and her followers, known as “suffragettes,” engaged in peaceful as well as violent protests to secure women’s suffrage. In 1913, she went on a hunger strike and was force-fed. This experience only served to make her more determined to win the right to vote for women.

Pankhurst continued to fight for women’s rights even after the passage of 1918. Representation of the People Act, which granted some women the right to vote. She died in 1928, just months before the Equal Franchise Act was passed, which gave all women over the age of 21 the right to vote.

Pankhurst was born into a family with strong radical opinions. Her father, Robert Goulden, was a supporter of Chartism, an early working-class movement for political reform in Britain. Her mother, Sophia Caine, was also politically active and involved in women’s rights issues. As a young woman, Pankhurst became interested in women’s rights and joined the Women’s Social and Political Union (WSPU), an organization founded by her mother and two other women.

The WSPU was dedicated to securing women’s right to vote through nonviolent means such as petitions and public speaking. However, Pankhurst and other members of the WSPU became frustrated with the lack of progress and began to advocate for more militant tactics. In 1903, Pankhurst founded the WSPU’s newspaper, The Suffragette, which helped to raise awareness of the suffrage movement.

In 1879, Pankhurst married Richard Pankhurst, a lawyer, and supporter of the women’s suffrage movement. The couple had five children together.

Pankhurst continued her work for the suffrage movement after her husband’s death in 1898. She helped to organize major protests and campaigns, including the 1913 “Women’s March on Westminster” and the 1914 “Suffragettes’ Christmas truce.”

Pankhurst and the WSPU began to use increasingly militant tactics in their fight for women’s suffrage. This included property damage and acts of violence against members of the government and police. In 1913, Pankhurst was arrested and sent to prison, where she went on hunger strike. She was force-fed, as a result, an experience that she described as torture.

While Pankhurst was in prison, the WSPU began to engage in more militant activities such as window-smashing and setting fire to public buildings. These actions garnered attention from the media and helped to raise awareness of the suffrage movement. However, they also resulted in increased opposition from those who were against women’s suffrage.

Pankhurst and the WSPU called for a halt to their militant activities during the First World War. They believed that women should be given the right to vote so that they could help to shape the future of the country. However, after the war ended, it became clear that there would be no quick resolution to the issue of women’s suffrage.

The Representation of the People Act 1918 granted voting rights to women over the age of 30 who met certain property qualifications. This was a significant step forward, but Pankhurst and her fellow suffragettes were disappointed that all women had not been given the right to vote on equal terms with men.

In 1928, the Equal Franchise Act finally granted voting rights to all women over the age of 21, regardless of property ownership. This meant that finally, after years of campaigning, all women in Britain had the right to vote.

As a suffragette leader, Emmeline Pankhurst was known for her eloquent speeches. Here are some of her most famous quotes:

“I am here not only in my own person but as the representative of 60,000 women in Manchester who have signed our petition.”

“Men make laws to suit themselves. We, women, demand the right to make laws that will suit us.”

“We are here not because we are law-breakers; we are here in our efforts to become law-makers.”

“I would rather be a rebel than a slave.”

“Freedom or death, we will win either way.”

“We are here not because we are law-breakers; we are here in our efforts to become law-makers.”

Why Is Emmeline Pankhurst Important?

How Did Emmeline Pankhurst Die?

Emmeline Pankhurst died of a heart attack in 1928, at the age of 69. Her death came just months before the UK Parliament passed a law giving women equal voting rights to men.

Suffragettes meaning is incredible, powerful, and inspirational. Emmeline Pankhurst’s Suffragette movement will continue to be an inspiration to people fighting for equality around the world. Her story has been told in numerous books and films, including the 2015 film Suffragette.