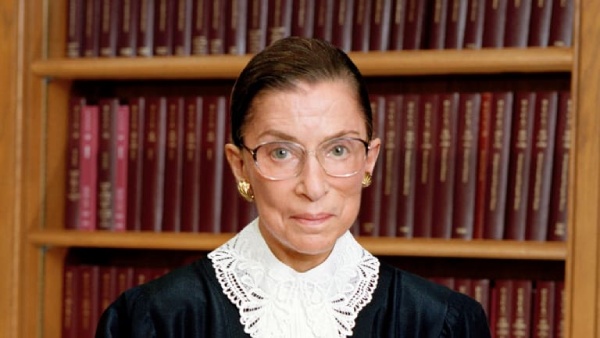 Who is Ruth Bader Ginsburg? On March 15, 1933, Ruth Bader was born in Brooklyn, New York. She would go on to become one of the most influential women in America, blazing a trail for other women to follow.

Through her work and involvement in numerous cases before the Supreme Court, Ginsburg helped usher in a new era of gender equality in America. She has become known as a powerful advocate for women’s rights and has been a trailblazer for other women seeking positions of influence in America.

What did Ruth Bader Ginsburg do for women? Let’s take a look.

Ruth Bader Ginsburg was born in Brooklyn, New York, on March 15, 1933. Her mother, Celia Amster Bader, was a homemaker and her father, Nathan Bader, owned a small clothing store. Celia Amster taught her daughter to put proper education and self-improvement above all else. These values would stay with Ruth throughout her life and serve as the foundation of her career.

Ruth was always a diligent student, eager to learn and better herself. She was determined to get a good education to provide her future children with opportunities that her mother never had. This trait was evident in RGB judge from a young age, and it was clear that she would go on to achieve great things.

Her mother didn’t have an education but worked hard to provide her son with opportunities. This would be a trait Ruth would come to value in herself and others. She has always been grateful to her mother for instilling the importance of education and hard work.

In 1950 she graduated first in her class from James Madison High School and then went on to attend Cornell University on a full scholarship. During her time at Cornell, she met her future husband, Martin Ginsburg. The two married in 1954. Ruth Bader Ginsburg daughter and first child, Jane, was born in 1955.

After graduating from Cornell with her bachelor’s degree in government, Ginsburg enrolled at Harvard Law School, where she was one of only eight women in a class of over 500 students. The law school’s dean looked down upon the small number of women in the class and asked them why they were taking up spots that could have gone to men. Despite the dean’s lack of faith in her and her fellow female classmates, Ginsburg excelled in her studies.

In 1956 she transferred to Columbia Law School, where she graduated tied for first in her class. Ruth Bader Ginsburg husband was diagnosed with cancer. This event caused her to rethink her priorities and dedicate her career to gender equality issues. Unfortunately, she could not find a job at a law firm because she was a woman and had small children, so she ended up teaching at Rutgers Law School in 1963.

Rbg Womens Rights: Career as a Lawyer and Advocate

What did RBG do for women? Despite her excellent academic record, Ginsburg faced discrimination when trying to find employment as a lawyer because she was a woman. She eventually found a position as a clerk for Judge Edmund L. Palmieri of the U.S. District Court for the Southern District of New York from 1959-1961.

From there, she became a research associate and then associate director of the Columbia Law School Project on International Procedure. Unfortunately, Ginsburg continued to face discrimination in her career despite her successes.

Despite the challenges she faced, Ginsburg persisted in fighting for gender equality. She co-founded the Women’s Rights Law Reporter in 1971, the first law journal in the U.S. to focus exclusively on women’s rights. This case was one of numerous Ruth Bader Ginsburg accomplishments. Following year, she argued her first case before the Supreme Court, Weinberger v. Wiesenfeld. In this case, she successfully challenged a Social Security policy that discriminated against widowed fathers.

Jimmy Carter appointed Ginsburg to the U.S. Court of Appeals for the D.C. Circuit in 1980, where she served until her appointment to the Supreme Court in 1993 by President Bill Clinton. Ginsburg became only the second woman to serve on the Supreme Court after Justice Sandra Day O’Connor. As a court member, Ginsburg advocated for gender equality and helped advance the cause of women’s rights as one of the famous women on the Supreme Court.

In addition, she played a pivotal role in many important cases, including Bush v. Gore and Miranda v. Arizona. During her time on the court, Ginsburg earned a reputation as a fair and impartial jurist, becoming one of the most respected members of the Supreme Court. During her time on the court, Ginsburg has been a strong advocate for gender equality and has worked to ensure that men and women are treated fairly under the law.

In 1996, she wrote the opinion for United States v. Virginia, which struck down the Virginia Military Institute’s male-only admissions policy. RGB judge has also been an outspoken critic of pay discrimination. She has worked to ensure that men and women are treated equally under the law. As a result of her tireless work on behalf of gender equality, Justice Ginsburg has been affectionately nicknamed “The Notorious RBG.”

Who Is Ruth Bader Ginsburg: The Cases She Has Argued Before the Supreme Court

Ruth Bader Ginsburg is an Associate Justice of the United States Supreme Court. She was nominated by President Bill Clinton on August 13, 1993, and has served since August 1994. She is the second woman appointed to the court after Sandra Day O’Connor. Born in Brooklyn, New York City, Ginsburg graduated from Cornell University and Columbia Law School.

In addition to her judicial duties, Ginsburg taught at Rutgers Law School and Georgetown University Law Center. Before her appointment as a judge, she was a professor of law at Rutgers and Columbia. Ruth bader ginsburg 1970 was co-founder of the Women’s Rights Project at the ACLU; general counsel for the National Organization for Women (NOW); and one of the few female lawyers in private practice in New York City.

During her time on the court, Ginsburg has been an outspoken advocate for gender equality and women’s rights, writing several critical opinions on gender discrimination cases. She is known as a moderate justice who often sides with her more liberal colleagues, but she also occasionally votes with the court’s conservatives.

Impact of Ruth Bather Ginsburg on American Law and Society

What did Ruth Bader Ginsburg do for women? She was the second woman to be appointed to the Supreme Court and became a pioneer for gender equality. Ginsburg was a strong advocate for women’s rights and made vital contributions to gender equality in America. She argued against sex-based discrimination and fought for equal protection under the law for women. Ginsburg also advocated for reproductive rights, co-authoring a key brief in the Roe v. Wade case.

She was a vocal opponent of discrimination against women. She wrote important opinions in landmark cases such as United States v. Virginia, which struck down the all-male admissions policy at the Virginia Military Institute. Ruth Bather Ginsburg was a tireless advocate for gender equality and women’s rights throughout her career and will be remembered as one of the most influential Justices in history.

Ginsburg also wrote the opinion in Ledbetter v. Goodyear Tire & Rubber Co., which helped close the wage gap between men and women. In addition, she founded the Women’s Rights Project at the ACLU, where she prosecuted many important women’s rights cases and taught at Rutgers Law School, Columbia Law School, and other law schools. Ginsburg was widely respected for her intellect and insightful opinions, and she will be remembered as a tireless champion for equality and justice.

During her 27 years on the Court, Ruth Bather Ginsburg became known as a powerful voice for gender equality and women’s rights. She wrote landmark opinions on issues such as pay equity and reproductive rights. In addition, she was an outspoken critic of sexist laws and policies. Ginsburg’s tireless efforts to promote gender equality helped to make America a more just and equitable place for women. She was an inspiration to women of all ages, and her legacy will continue to be felt for many years to come.

Here are the most inspirational quotes of RGB judge.

“I would like to be remembered as someone who used whatever talent she had to do her work to the very best of her ability.”

“My mother told me two things constantly. One was to be a lady, and the other was to be independent.”

“I ask no favor for my sex. All I ask of our brethren is that they take their feet off our necks.”

Ruth Bader Ginsburg was a true champion of women’s rights, and her legacy will continue to be felt for many years. Thanks to her tireless efforts, America is an equal place for women today. We owe her a debt of gratitude, and we will never forget her. ​

During her 27 years on the Supreme Court, Ginsburg emerged as a leading voice on women’s rights, authoring landmark opinions that helped to advance gender equality in America.