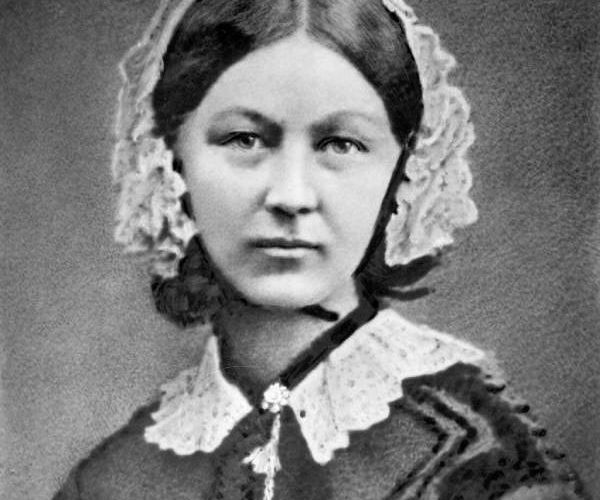 Did you know that the founder of modern nursing was a woman? Who is Florence Nightingale?  Nightingale was born in 1820 into an affluent family in England. She had a remarkable life and made huge strides in the medical field, which was previously dominated by men.

As she became known Nightingale is considered one of the most influential nurses of all time. Her work ethic and dedication to her patients are an inspiration to us all. In this article, we will take a closer look at the life of Nightingale and learn more about her impressive achievements!

On May 12, 1820, a baby girl was born in Florence, Italy. She would go on to change the world. Her name was Florence Nightingale. Florence was born into a wealthy and well-connected family, the youngest of two girls. Her father, William Edward Nightingale, was a prominent banker, while her mother, Frances “Fanny” Smith, came from a wealthy landowning family.

Nightingale’s mother died when she was a child. As was customary at the time, her father sent her away to be raised by an aunt in Derbyshire, England. Nightingale grew up in a wealthy home and received a good education for a woman of her time.

When Florence was 16, she told her family that she wanted to become a nurse. This was not a popular profession for ladies of her social class, but  Lady Nightingale was determined.

Despite her parents’ wishes that she marry and settle down, she decided to dedicate her life to helping others.

When she was just a teenager, Florence Nightingale showed signs that she would grow up to be an extraordinary woman. She was born into an upper-class family in 1820 in the town of Florence, Italy (which is where she got her first name).

Florence enjoyed reading and studying subjects like mathematics and philosophy, which were not typical for young women at that time. She also showed an interest in religion and had a strong belief in God, which she felt called to serve.

So, against her family’s wishes, she began training as a nurse in 1844 at the Lutheran Hospital of Pastor Fliedner in Germany. Florence excelled in her studies and was soon promoted to superintendent at Middlesex hospital in London. Lady Nightingale faced numerous challenges, including a cholera outbreak, but she persevered.

Moreover, Florence set a goal to improve the standards of nursing care. She believed that cleanliness and fresh air were essential for patients to recover from their illnesses. Her hygiene practice lowered the mortality in the hospital and helped make it one of the best in Europe.

Florence Nightingale in the Crimean War

When the Lady with the Lamp was just a young woman, she felt called to do something more with her life than simply get married and become a housewife. So, against the wishes of her parents, she trained as a nurse.

In October 1853, the Crimean War broke out. British and French troops were fighting against Russia in Crimea, an area of Ukraine. Thousands of soldiers were dying – not just from enemy fire, but also from disease. There was no one to care for them properly; there were not enough nurses or doctors.

In fact, there was no female nursing staff at all, as they had a bad reputation for being unable to do the job correctly. That fact was a defining moment in Florence Nightingale biography. After the Battle of Alma in September 1854, in which the British and French forces were victorious, more than 20,000 soldiers were wounded. This was too much for the existing medical staff to cope with, and something had to be done.

Florence received a letter from Sidney Herbert, the Secretary at War, asking her to come to Scutari in Turkey (now Üsküdar in Istanbul) to help. She accepted immediately and set off a few days later with a group of 34 volunteer nurses.

The conditions they found were terrible. Lady Nightingale and her staff were warned not to go into the main hospital because it was too dangerous – it was full of vermin, and the smell was overpowering. The building was also structurally unsound and prone to collapse.

The hospital was overcrowded with injured soldiers, many of whom were lying on the floor because there were not enough beds. The wounded were not being adequately cared for, and basic hygiene was non-existent. There was a severe shortage of medical supplies, and the food was appalling.

The nurses worked tirelessly to improve conditions for the patients. Florence herself spent hours walking through the hospital with a lamp, checking on patients and offering them words of comfort. She quickly gained the nickname ‘the Lady with the Lamp’.

Despite the conditions, Florence and her nurses got to work immediately, cleaning the wards and making the patients as comfortable as possible. They also began to improve sanitation and introduced better methods of food preparation.

In a short time, Florence had transformed the hospital – but she paid a heavy price for her dedication. She contracted Crimean Fever (most likely typhus) and came close to death herself. Nevertheless, she continued to work tirelessly, writing letters and reports on her findings.

Under her leadership, the death rate in the hospital reduced dramatically by two-thirds. It was an incredible achievement that cemented Florence’s reputation as a true pioneer in the field of nursing and her remarkable name “Lamp Girl.”

What is more, she also developed several programs for hospitalized soldiers that elevated the standard of care they received. These programs included improved nutrition, better ventilation, and more effective sanitation. In her report to the War Department, Florence included valuable ideas for the reforms that should be made to army hospitals. They were established then and are still in place today.

After the Crimean War ended, Florence Nightingale used her newfound fame to lobby for improved hospital conditions. Queen Victoria granted her £250 000 and a broch. With the government’s support, Florence established Royal Commission on the Health of the Army.

She appeared to be a brilliant statistician and published a report demonstrating that the high death rates in British hospitals were due to disease and poor sanitation. The information led to widespread reforms in hospital conditions. Her diagram of the causes of death in hospitals, “Nightingale Rose Diagram,” is still used today.

In 1860, Florence helped establish St. Thomas’s Hospital in London and Nightingale Nursing School, designed specifically for nursing care. The hospital was revolutionary in many ways, but perhaps most importantly, it showed that Florence’s ideas about nursing could work on a large scale.

Florence’s work was not without its critics, however. Some doctors and nurses thought her methods were too strict and that she was overly concerned with cleanliness. They also thought she was too focused on the physical aspects of nursing and not enough on the spiritual needs of patients.

Despite these criticisms, Florence’s work had a profound impact on the way hospitals were run and the way nurses were trained. As a result, the Lady with the Lamp is considered one of the most influential figures in the history of nursing. Moreover, she made the nursing profession honorable among women who belonged to the upper classes.

Since the ending of the Crimea War, Florence Nightingale had been suffering from ill health for many years. “Crimean fever” had weakened her, and she was plagued with depression, headaches, and almost constant pain in her back and legs. Yet, despite being bedridden for much of the time, Florence continued her work from home, writing letters and articles and campaigning for improved health care.

On August 13th, 1910, Florence passed away in her sleep at 90 years old. Her funeral was held at Westminster Abbey, and buried in East Wellow churchyard, Hampshire. There wasn’t any public ceremony. Lady Nightingale wished to be buried as a “private person.”

Today her museum at St Thomas’s Hospital attracts visitors from all over the world who come to learn about her life and work. And, every year on May 12th – Florence Nightingale’s birthday – nurses worldwide celebrate “International Nurses Day.” So, even though she died over 100 years ago, Florence Nightingale’s legacy continues to live on. She was truly an amazing woman!

who was Florence Nightingale? During her lifetime, Florence was hailed as a national heroine. After her death, she became an icon of Victorian England. Today, she is revered as one of the founders of modern nursing. Her name is synonymous with compassion, care, and dedication to duty. Thanks to her tireless efforts on behalf of sick and wounded soldiers during the Crimean War, Florence earned her famous nickname.

Although she is no longer with us, Florence Nightingale’s legacy continues. She is celebrated as a pioneer of nursing, and her work has helped improve healthcare standards around the world. She inspires nurses everywhere, and her story continues to capture the imagination. Thanks for reading!