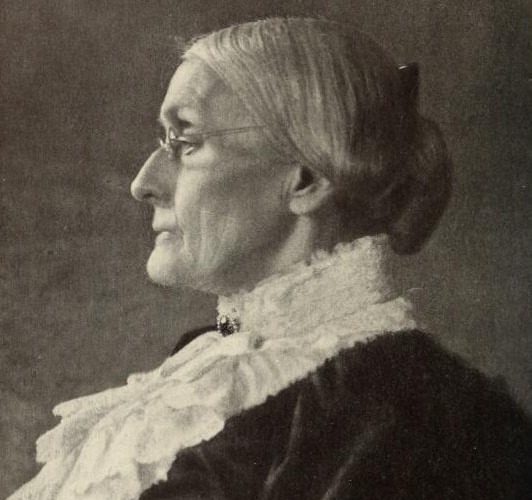 Susan B Anthony was one of the most influential women in America during the 1800s. She dedicated her life to fighting for women’s rights and is best known for her work in the women’s suffrage movement.

Without Susan Anthony, American women may not have the same voting rights that they do today. In this blog post, we will take a closer look at Anthony’s life and her impact on women’s suffrage and women’s rights.

Susan B Anthony was born on February 15, 1820, in Massachusetts. Her family was Quakers, encouraging their children to be independent and value education. When she was six years old, her family moved to a farm in New York, where she would live for the rest of her life.

At the age of seventeen, she started teaching at a local school. She soon realized that women were not treated equally to men; they were paid less and had fewer opportunities. This realization would stay with her for the rest of her life and eventually lead her to become one of America’s most famous social reformers.

In 1845, ​​Susan B Anthony met William Lloyd Garrison and Frederick Douglass. Through them, she became interested in the abolitionist movement. She soon began speaking out against slavery herself. She also joined the temperance movement, which fought against alcohol.

Susan Anthony had a chance to speak at the temperance convention; however, she was not allowed to because she was a woman. This made her even more determined to fight for women’s rights. She refused to be silent when she was denied the right to speak. Instead, she fought for her voice, and the voice of all women, to be heard.

Susan B. Anthony was a pioneer in the women’s suffrage movement and played a pivotal role in securing women’s right to vote. In 1869, she helped found the National American Woman Suffrage Association (NAWSA), which became the largest and most influential organization working for women’s voting rights. Her companion was Elizabeth Cady Stanton, a significant figure in the movement.

In the early days of the women’s rights movement, two pioneers took up the cause and helped spread the word about equality for all. Elizabeth Stanton and Susan Anthony were both outspoken proponents of women’s rights and used their platform to fight for change. In 1868, they founded “The Revolution,” a newspaper promoting women’s rights.

The paper was widely read and helped raise awareness about the issue. Elizabeth Cady Stanton and Susan B Anthony promoted equal rights for women, and their work paved the way for future generations of feminists. Also, they published three volumes of the “History of Woman Suffrage,” which detailed the oppression that women faced and their fight for equality. This work was instrumental in spreading the word about women’s rights and helping to build support for the cause.

Susan B Anthony and her team supported the initiative of the National Labor Union, which fought for the rights of working women, African Americans, and farmers to form a coalition that could bring about social and economic reform. Stanton and Anthony were both elected as WWA (Working Women’s Association) representatives to the National Labor Union Congress in 1868.

Their union had a short life, as Anthony was more interested in women’s rights than labor reform. Still, it was significant because it was one of the first times women had been involved in politics on such a large scale.

What did Susan B Anthony do? During the printer’s walkout, Anthony supported the initiative, which included training for women who could replace the strikers at their work. Unfortunately, she lost her seat at the next NLU Congress because she was accused of working against unions. Nevertheless, Anthony’s involvement in the labor movement broadened her contacts and furthered her political education.

Anthony succeeded in the WWA campaign in supporting Hester Vaughn, a working mother. She denied custody of her children because she worked outside the home. The case went to the Supreme Court, which ruled in Vaughn’s favor and was one of the first court cases to recognize a woman’s right to equal protection under the law.

Susan B Anthony’s Accomplishments in Feminism

What did Susan B Anthony do? It was a crisp autumn day when Anthony cast her vote in the presidential election. She knew that she was taking a risk, but she also knew that it was a risk worth taking. After all, women had been fighting for the right to vote for years, and Anthony was determined to do her part.

Unfortunately, her act of defiance did not go unnoticed. Anthony was soon arrested and put on trial. While waiting for her trial to begin, Anthony met with President Ulysses S. Grant to discuss the passage of a constitutional amendment that would give women the right to vote.

Despite being unable to vote, ​​Susan B Anthony continued to fight for women’s rights and suffrage throughout her life. In 1876, she attended the first national convention of the NWSA in Philadelphia. At the convention, she helped write a resolution that called for equal rights for women, including the right to vote. Throughout her life, Anthony remained an active member of the NWSA. She worked tirelessly to promote the cause of women’s suffrage.

Susan B Anthony women’s rights fight lasted for her whole life. In 1890, the National American Woman Suffrage Association was formed by women dedicated to winning the right to vote for all women. Elizabeth Cady Stanton was the organization’s first president and Susan B. Anthony served as the second president. One of her main goals was to get a constitutional amendment passed to guarantee women the right to vote.

In March of 1891, Anthony traveled to Washington D.C. to lobby members of Congress for the Amendment. Although she was not successful in getting the Amendment passed during that visit, she continued to fight for it throughout her lifetime. In 1896, retired from her leadership role in NAWSA but remained an active member until she died in 1906. How did Susan B Anthony die? She died at home in Rochester from pneumonia.

Her legacy continues through the work of countless women who have fought for equality and justice throughout history.

Susan B. Anthony – On Women’s Right to Vote

When Congress passed the 19th Amendment guaranteeing women the right to vote in 1919, ​​Susan B Anthony had already been dead for almost a decade. Unfortunately, she didn’t live to see it become law in 1920. But her lifelong work as a suffragist helped make it possible. Anthony was born in 1820, when most women in the United States couldn’t vote.

That began to change in the late 1850s when Anthony and other suffragists started agitating for change. They campaigned tirelessly for decades, speaking out at rallies and persuading state legislatures to pass laws giving women the right to vote. They faced opposition every step of the way, but they never gave up. In Anthony’s words, “Failure is impossible.”

In 1971, the U.S. Mint released a commemorative silver dollar honoring Susan B Anthony  100th birthday. The coin’s release coincided with the debates surrounding the Equal Rights Amendment (ERA), which was first introduced in Congress in 1923.

Although the ERA ultimately failed to be ratified, Anthony’s image on the coin helped bring national attention to the cause of gender equality. In 1979, she was inducted into the National Woman’s Hall of Fame, further cementing her legacy as one of America’s most important social reformers. Today, her image continues to inspire people fighting for justice and equality.

“I declare to you that woman must not depend upon the protection of man, but must be taught to protect herself, and there I take my stand.” -Susan B. Anthony

“To get justice, women themselves must become lawyers.”

“I ask no favors for my sex… All I ask of our brethren is that they take their feet off our necks.”

From these quotes by Susan B Anthony, it’s evident that she was a powerful force to be reckoned with during her fight for women’s suffrage. She was unafraid to speak her mind and fought tooth and nail for what she believed in.

Susan B. Anthony – On Women’s Right to Vote: Final Words

Susan B Anthony was a fantastic woman who helped change America for the better. She was a powerful advocate for women’s rights, and her tireless work paved the way for future generations of women. Thank you, Susan Anthony, for everything. You will be forever in our hearts. Your courage and determination inspire us to fight for what we believe in, and your legacy will live on forever.